Ok, I guess when i said i'd hopefully get back here soon and hope it wont be 2012 was wishful thinking. Obviously its 2012 and I'm back, hopefully ill be around often enough. The difference though is this blog will cover more than just the games i run. It will now cover other interests as well related to geekdom. This blog will include stuff about my work (as a game designer and creative technologist), all the games i play (video games, RPGs, table-top games), and basically every other geeky things under the sun. I'll also be updating you guys about the RPG game system I created called the Amalgam Game System which will be used for table top gaming and for computer gaming as well.
So there you have it, my first post of 2012. Hopefully (again), the next post wont be in 2012. If that happens, i'm killing this blog.
Posted by Evil GM at 12:57 AM No comments:

Ok, i know this is a blog and that entails me writing something on this here pages. Unfortunately, 2010 was just plain busy crazy and I couldn't for the life of me take time to write. Not that this year 2011 is any better in terms of how busy it is, but I have taken it upon myself to practice my writing, in preparation for all the writing that needs to be done and will be done this year. Anyway, i'll get back here soon and hopefully it won't be 2012 yet.
Posted by Evil GM at 7:47 AM 1 comment: 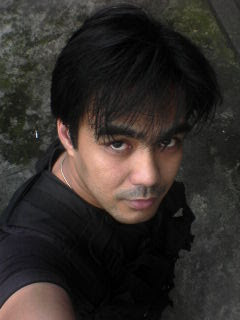 I've just found out some of my other gm friends are blogging about their games here. I figured i'd give this a try. I don't like talking about my life much but I definitely love talking about the world's i've created, the lives of the people who walk in them, and their adventures across them.
My player's call me the Evil GM...why? I don't really know but that's what my player's call me so it is now my distinguished monicker. Hopefully, i can share here our stories, all the fun and the craziness. Hope you enjoy them and i'll try my best to keep them updated. I'll be posting soon about the game I'm currently running, superheroes in my own version of the Marvel Universe using the Mutant's & Masterminds system.
Posted by Evil GM at 6:50 AM 2 comments: